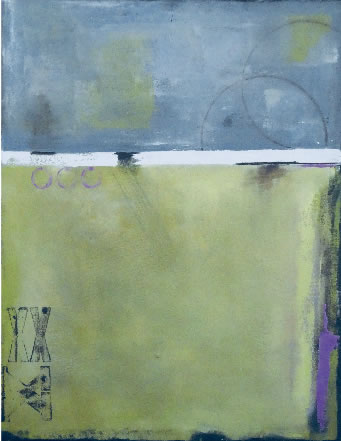 A show of paintings! Tara Pain Rowlands was a respected graphic designer working for national and international clients from her Collingwood home. In 2015 she was diagnosed with ovarian cancer and fought a 3 year battle with the horrible disease.

In 2017 she began painting and was excited each day in the early hours to go to her studio and explore the images from her dreams in various media. In the final ten months she produced a group of paintings which are to be shown at 65 Simcoe Street Collingwood from June 16th to 30th between the hours of 2:30 pm to 5:30 pm.

The paintings will be offered for sale by Silent Auction with all proceeds donated to the Collingwood General and Marine Hospital and the Princess Margaret Cancer Center.